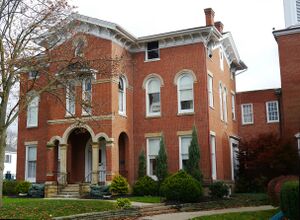 The Howard House was built by local businessman, Harvey Howard, during the late summer of 1859 as reported by a local newspaper:

Farther, South, on the opposite side of the street, is the new residence of Mr. Harvey Howard, which was begun late in the summer, and is now so far advanced that the roof will be on in a few days. It is constructed of brick, with sand-stone dressing, and fronts 50 feet, extended back 80 feet, exclusive of porch. There is also to be Verandas, Balconys, Terra, &c. The interior arrangements are to be after the most approved modern plans and finish. The building throughout to be warmed with a hot-air furnace erected in the basement where there will also be a Water Back Range so that bath-rooms and wash-stands may be supplied with hot or cold water in every room in the building. Mr. C. C. Baker is architect, the mason work being under charge of Mr. James Miller, formerly of Massillon, now a resident of Wooster. The work so far as we can judge, in it present unfinished state, is first class, and will be one of the very best recommendations possible to the mechanics in charge. The lot contains over two acres, and is to be laid out in roads and walks, and beautified with choice trees and shrubbery, summer houses, arbors, &c. The whole cost will not be less than Seven Thousand dollars. Mr. Howard, when this splendid residence is completed will have done much to cultivate the taste and love of the people of Wooster for the beautiful as well as useful. Such men build up a town.

The property changed hands several times until 1893 when it was purchased by Captain James B. Taylor who practiced law and was known for commanding Co. H of the 114th Ohio Volunteer Infantry during the Civil War. In 1906, one year after Mrs. Taylor died, the property was transferred to the City for use as a hospital.

From 1906 until 1943 it was used as the Wooster City Hospital. Many of the City's well-known physicians practiced there including Drs. Stoll, Ryall, Jones, Mateer, Yocum, Wishard, Wright, and Fritz among many others. The spacious rooms could accommodate as many as 12 patients in a "ward" room.

In 1943, after the hospital outgrew this facility, it was sold and bought by the Central Christian Church and currently serves as the educational building for the Church at 407 N. Market St. in Wooster, Ohio. The Church has restored much of the original decor such as the four fireplaces, inlaid floors, and the bronze hardware on the doors. Most of the woodwork is of original natural finish, and where painting was necessary, original colors were used where possible and original papering was installed on the walls. 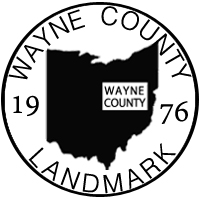 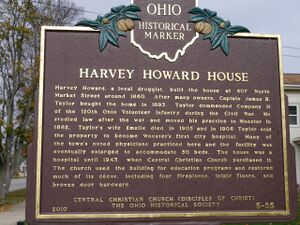 The Ohio Historical Marker for the Harvey Howard House at 407 N. Market St. in Wooster, Ohio. 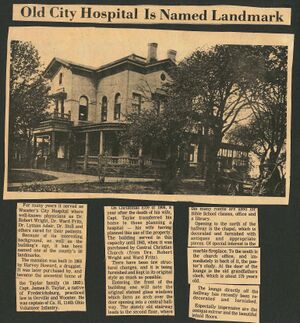 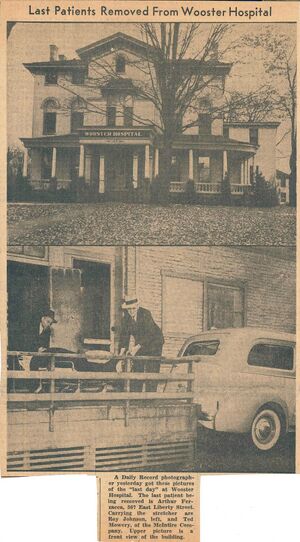