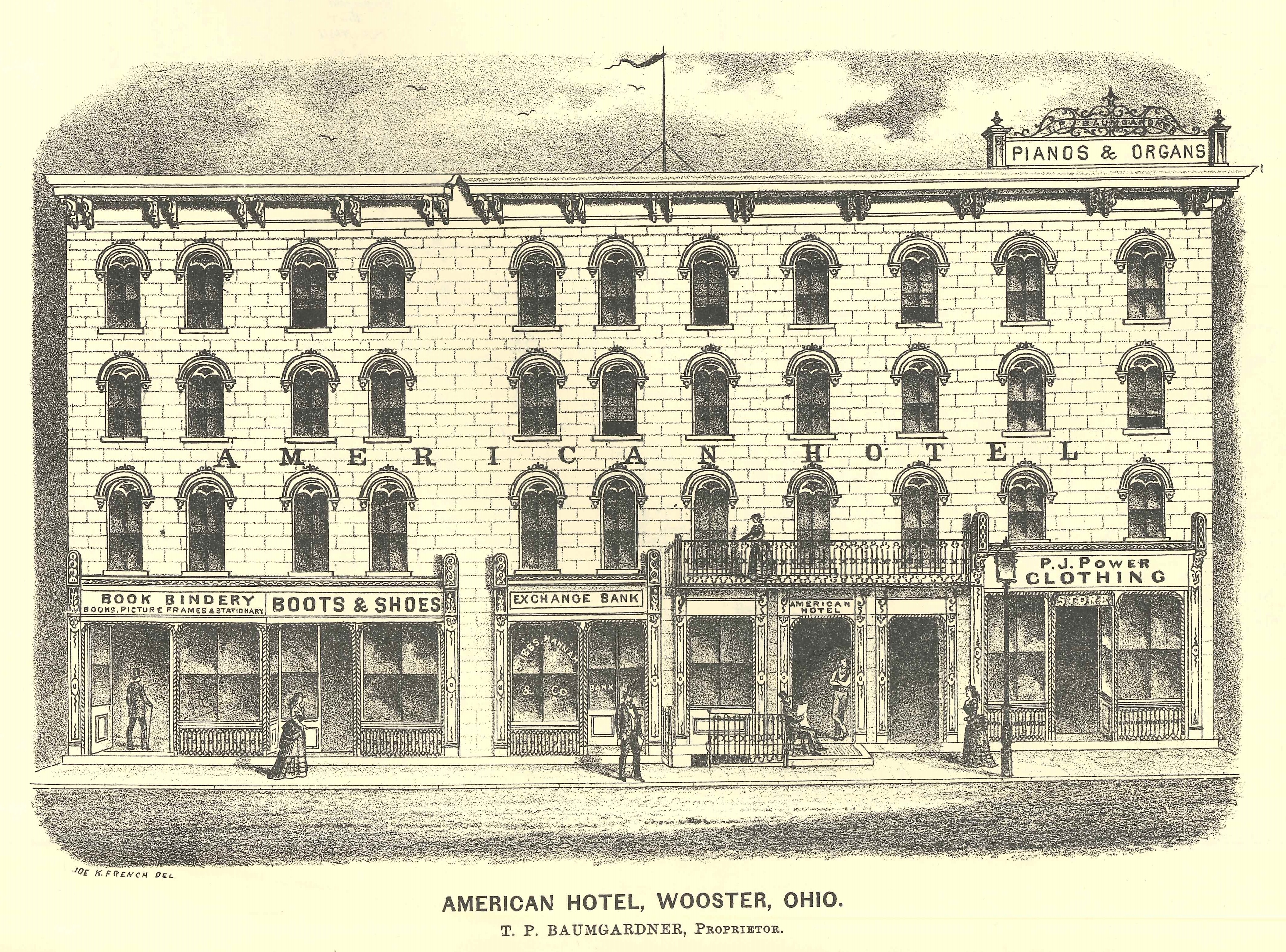 The industry Accommodation and Food Services features the oldest hotel in Wooster, the American House, operated back in the 1830s, and other accommodations have made their mark on Wayne County in the nearly two centuries since. 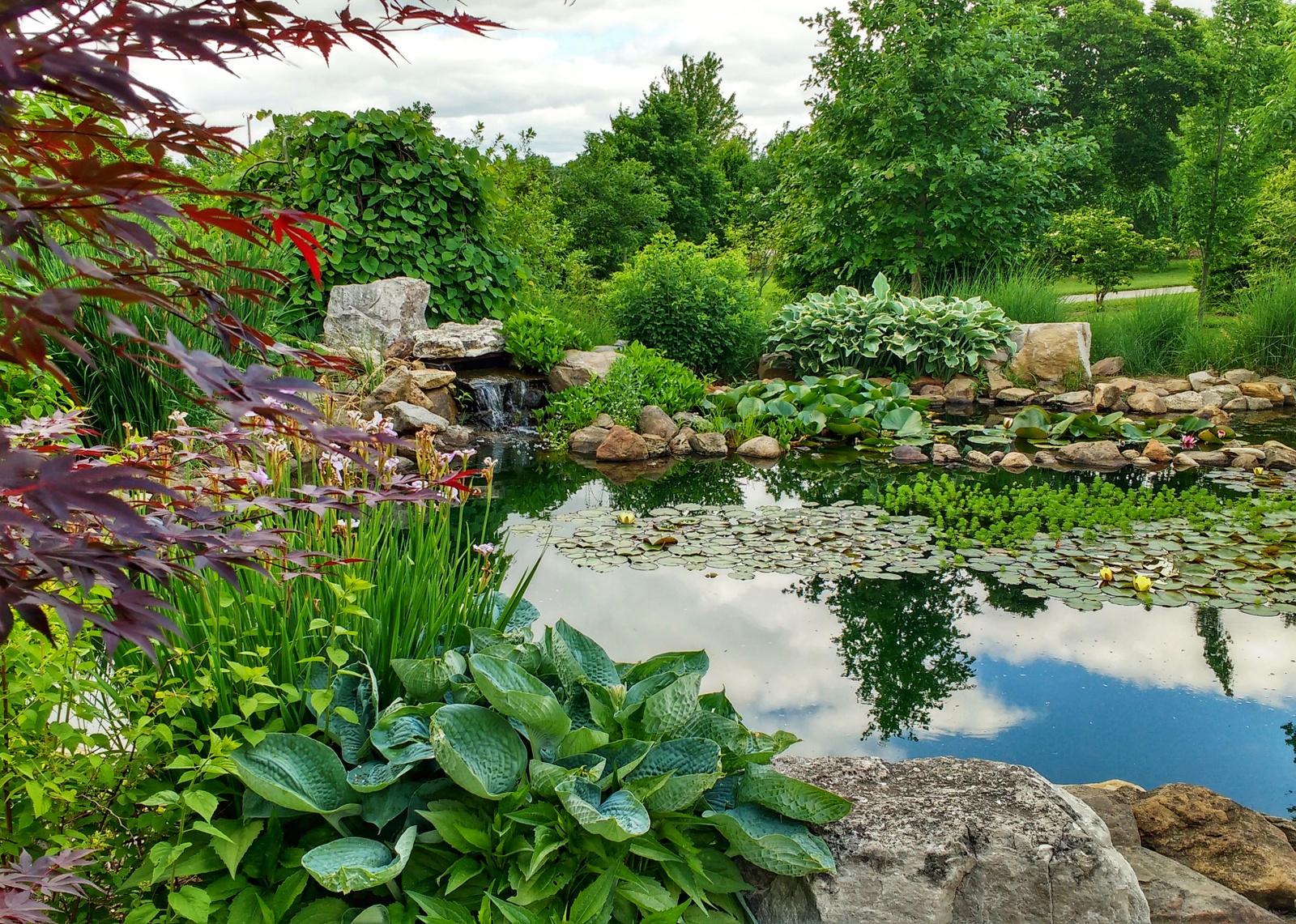 The industry Agriculture, Forestry and Hunting in Wayne County, Ohio is well known for its strong emphasis on agriculture. According to the 1948 Wooster City Directory, the county ranked first among Ohio’s 88 counties in many areas of agriculture, including dairy cattle and milk production, potato acreage and production, poultry and egg production, and value of all livestock produced.

Ramseyer Farms, a fifth-generation family farm located northeast of Wooster on SR 585, has been well known over the entire Eastern and Central parts of the United States for years and still operates a highly successful agricultural and agritourism business today.

Smith Dairy Products Company began operations in 1908 and continues to grow and operate a successful business in Orrville, Ohio. 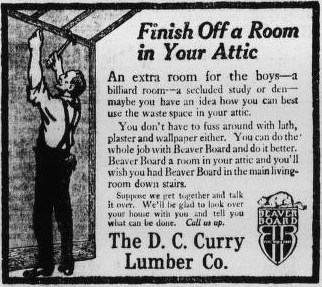 What do you know about Wayne County’s history of construction?

One of the oldest construction companies in Wayne County is Curry Lumber & Pole Building Co., started in 1853 by James Curry.

One of the earliest brick kilns in Doylestown, Ohio was in operation by 1834, built by Abraham Franks.

In Mt. Eaton, Ohio, Weed and Hones operated an iron factory in 1827.

In Creston, Ohio, C. L. Matteson started the Creston Lumber Company in 1903, and it was sold 20 years later to a firm located in Wadsworth, Ohio. 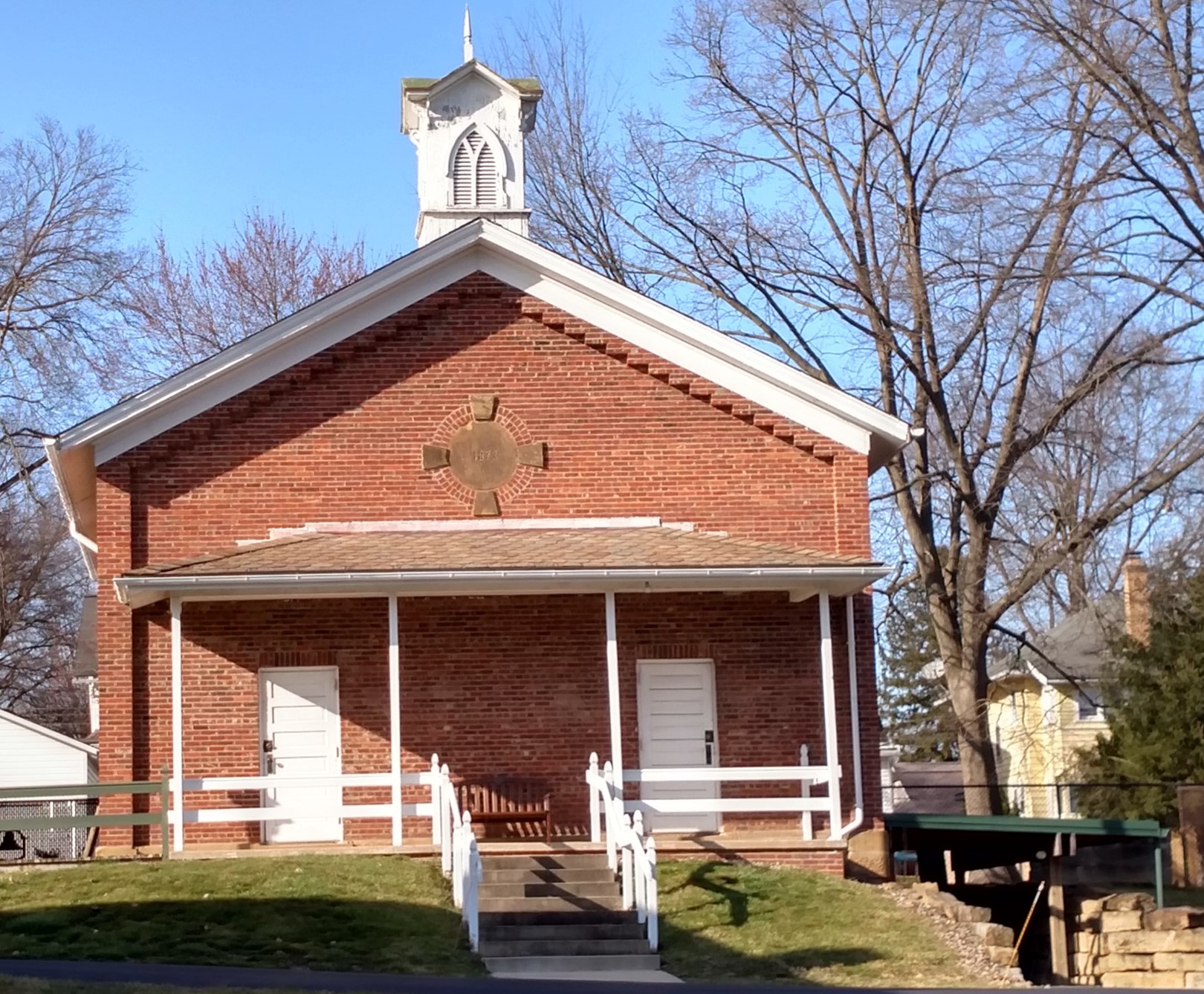 According to page 110 of Caldwell's 1873 Atlas of Wayne County, Ohio, the first schoolhouse of Clinton Twp was built in 1817. The primitive schoolhouse was usually 18 feet square, built of logs, had split-logs flooring, and roofed with clapboards. At one end of the structure was a fireplace, and pupils sat on benches with no backs. The early schools were subscription based.

In 1853, the state of Ohio passed legislation to implement the "Free School System". One of the first schoolhouses built under the new law was the Peoples College erected in Plain Twp. Other early schools included Apple Creek Academy, Edinburg Academy, Smithville Academy, Bixlers Business College, Grove Female Institute, and the College of Wooster. 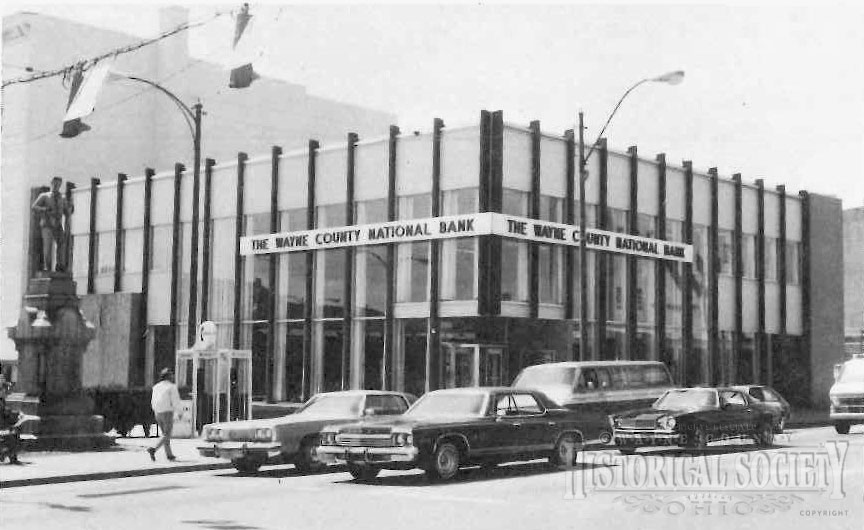 The first bank in Wooster, Ohio, the German Bank of Wooster, was established in 1815 by Joseph H. Larwill. It failed by 1818.

The County Branch of the State Bank of Ohio opened for business in 1845 and received its National charter in 1865. It remained an independent financial institution until sold to National City Bank in 2004 and then to PNC Bank in 2008. 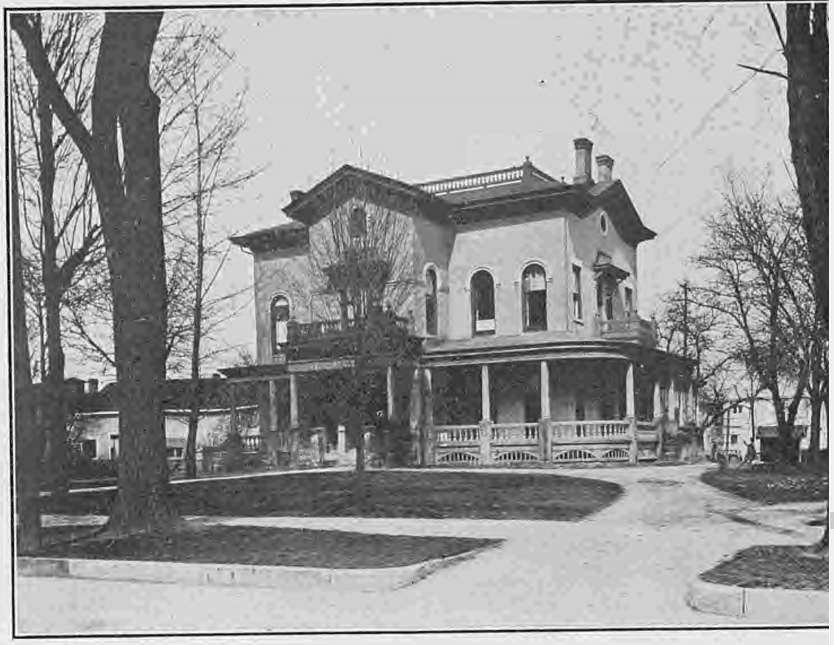 The industry Health Care and Social Assistance features Wooster, Ohio once had three hospitals before the Wooster Community Hospital opened in 1959. The first was at the home of Captain James B. Taylor on North Market St. An agreement was made in 1907 to permit the use of the home as a hospital until it was sold to Central Christian Church in 1942.

The Kinney and Smith Hospital was erected in 1916 on S. Bever St. This hospital was also known as the Kinney & Knestrick Hospital Co.. It remained in service until 1959 when the new Wooster Community Hospital on Winter St. was built.

In 1936, the Beeson Clinic was built by Dr. John Beeson and his two physician sons, Paul and Harold Beeson, and was located on North Market Street. The Beesons left Wooster in 1956.

Today Wayne County, Ohio has two hospitals: Wooster Community Hospital and Aultman Orrville Hospital. In addition, the Wooster Clinic on Cleveland Road was purchased by the Cleveland Clinic and now has additional facilities around the north end of Wooster.

Newspapers have helped disseminate information around Wayne County since the early 1800s, from village papers to today’s county-wide Daily Record.

Historical societies in Wooster, Dalton, and Marshallville have helped preserve and share the history of Wayne County. 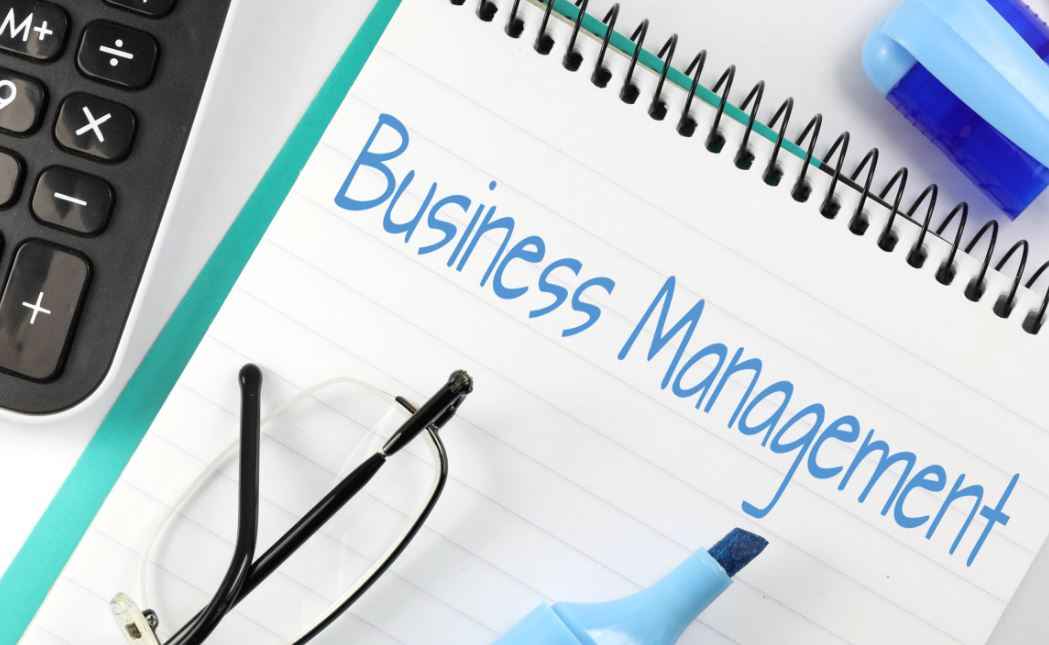 Management of Companies and Enterprises industry includes management companies hold interests in companies in order to influence management decisions. Sector 55 of the North American Industry Classification System also includes non-government establishments "that administer, oversee, and manage establishments of the company or enterprise and that normally undertake the strategic or organization planning and decision-making role of the company or enterprise" (North American Industry Classification System, 2012 ed., page 775).

The J. M. Smucker Company was started in 1897 by Jerome Monroe Smucker. Tired of the creamery business, Smucker bought a modern cider mill. Soon, the cider business took off at a promising rate. In 1921, the company was incorporated, and in 1959, it went public, listing 165,000 common shares. The J. M. Smucker Company continues to grow and produce a variety of products, including familiar brands such as Folgers, Jif, Crisco, Pillsbury, and the Eagle Brand.

Wayne County also is the home to several manufacturers of industrial equipment, such as Rayco Manufacturing, producers of environmental equipment for the tree and landscape industry, and Arti Flex, makers of products for the automotive industry.

Mining, Quarrying, and Oil & Gas Extraction includes natural resources have been necessary to the growth and development of Wayne County from the very beginning, and local businesses over the years have provided the mining and extraction expertise needed to bring those resources to the people who need them.

Coal has been primarily mined in the eastern portion of Wayne County, Ohio. The most commonly known area for mining coal was in Chippewa Township in an area that came to be known as Rogues Hollow.

In 1897, land was purchased in Rittman, Ohio by the Wayne Salt Company. Soon the company started to crystallize salt. By the late 1940s the company had evolved to become the Morton Salt Company, still in operation today. 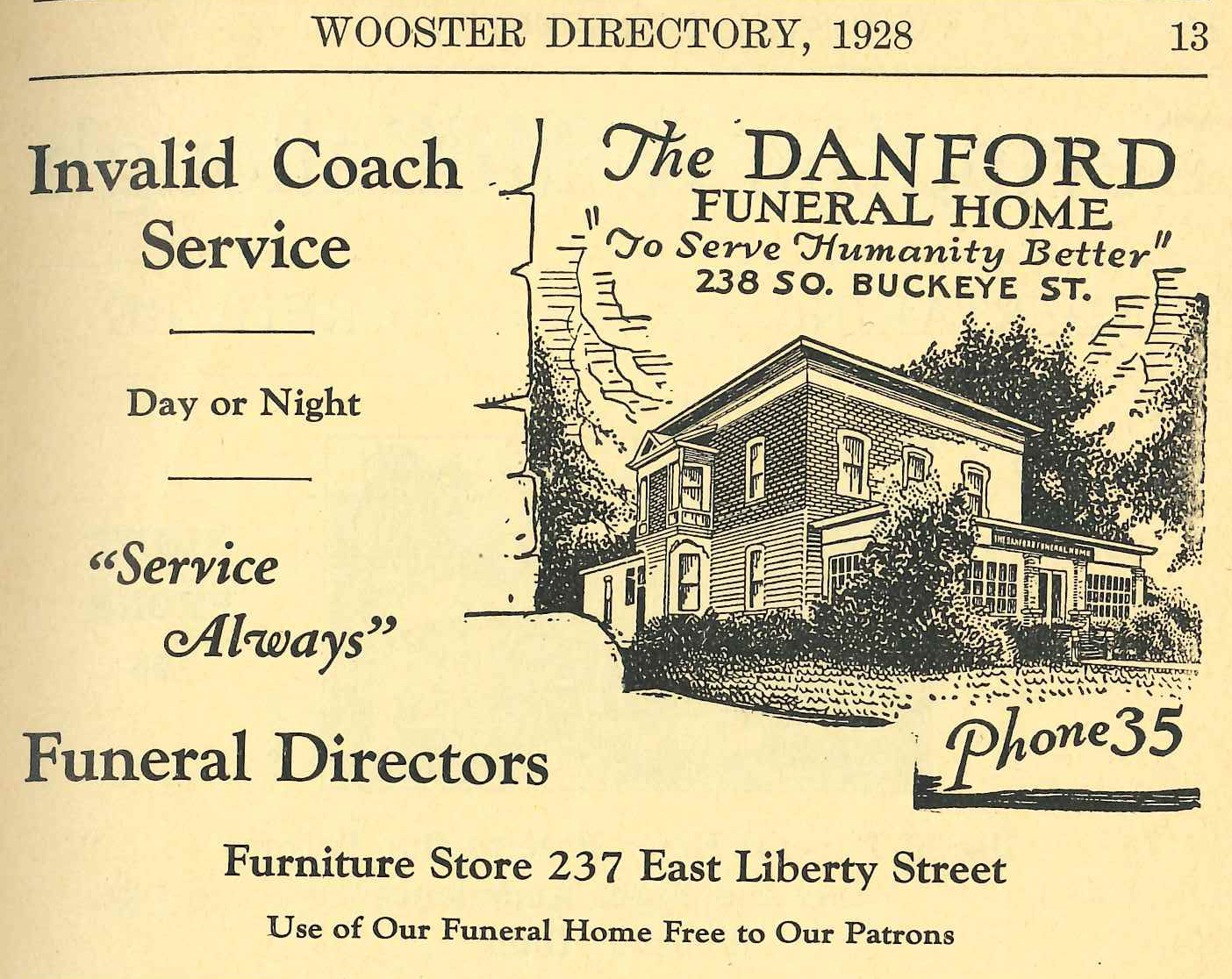 The world-renowned Schantz Organ Company was founded by Abraham J. Schantz in 1873 in Orrville, Ohio. The company has built and refurbished organs for churches and concert halls around the world, including refurbishing the organ at Severance Hall in Cleveland.

One of the oldest churches in Wayne County that still has an active congregation and worship schedule is the First Baptist Church of Wooster, founded sometime between 1804 and 1806. Its current home on North Market Street was built in the late 1830s. 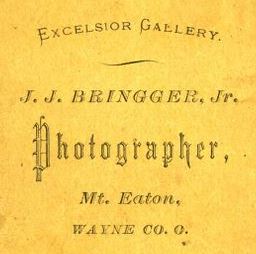 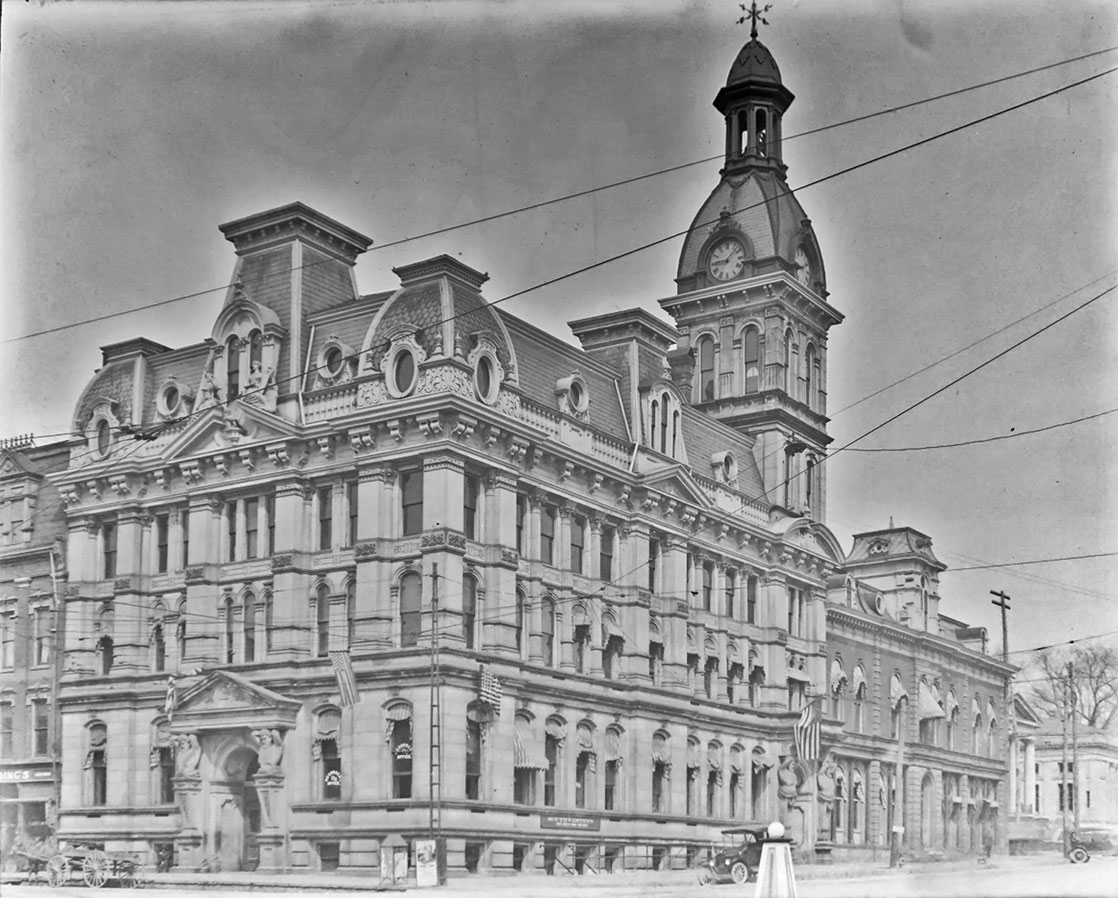 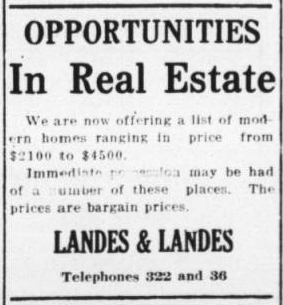 Real Estate and Rental & Leasing - While Wayne County retains its agricultural heritage with many farms, new business enterprises continue to develop and expand urban areas within the county, and a growing population has also pushed a continuing need for new housing.

In 1894, the only listed real estate agency was McClellan and Sanborn, located on the northeast side of Public Square in Wooster. Six years later, they were no longer listed as a business.

One of the oldest continuously operating real estate agencies is Landes and Landes], started by Elmer S. Landes in 1905 and originally located over Frank Wells Drug Store. In 1907, Elmer's brother, Clarence Landes, joined the business. 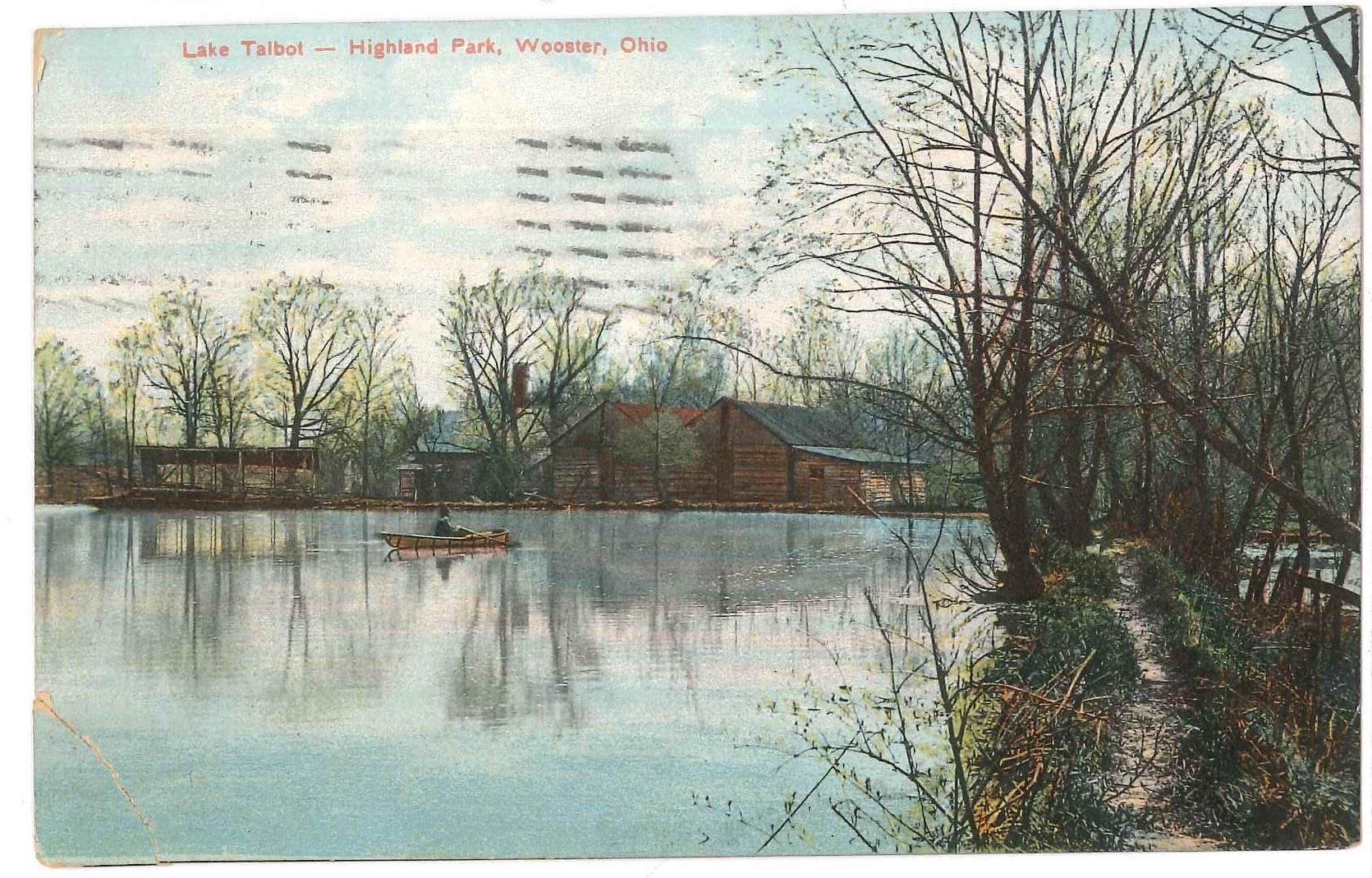 The Quinby Opera House, located on the corner of N. Buckeye St. and Larwill St., formally opened on 1 February 1877 with the showing of "As You Like It."

The old Opera House was erected in 1887 and was built for a dual purpose: space for municipal offices and a place for entertainment. Once the Quinby Opera House was razed, the Opera House took over as the site for extravaganzas. It continued to serve as an Opera House until 1949. It was razed in November 1962.

The New American Cigar and Billiard Room had a space at 131 E. Liberty Street in the early twentieth century.

Baltzly’s Palace of Art existed briefly in Wooster from 1862-1865, but following the Civil War, owner Benjamin Franklin Baltzly moved to Montreal, Canada and became known for his work as part of the Canadian Geological Survey team surveying a suitable path for the Pacific Railway across Canada. 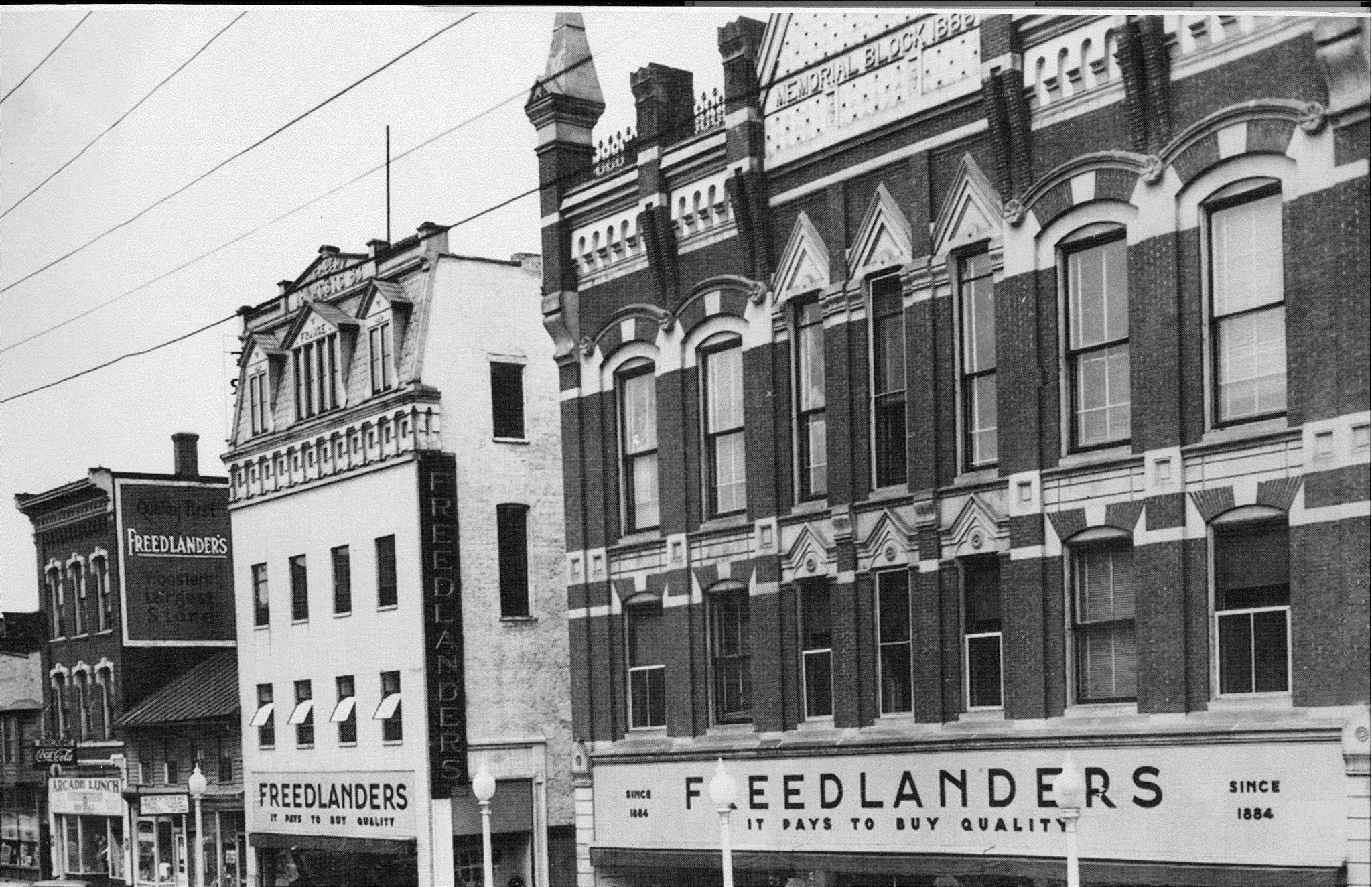 The Retail Trade sector includes establishments that sell consumer goods, from groceries to books to hardware to gasoline to... the list goes on!

One popular destination store in southeastern Wayne County is Lehman’s, located in Kidron. The store was family owned and operated from 1955 until 2021, stocking stoves and hardware first for the local Amish community, expanding into a variety of other household goods.

Frederick's Pottery was built in 1910 in Fredericksburg, selling products for everyday use (such as bean pots and crocks). The pottery business was sold to Wooster China Co. in 1913 or 1914.

In the 1870s, Creston, Ohio resident Jacob T. Miller started a tinning and repair shop. By 1881, he had expanded his company to become a hardware store known as the Miller Brothers. By 1902, A. S. Tuttle had joined the venture and the company changed its name to Miller Brothers & Tuttle Hardware. 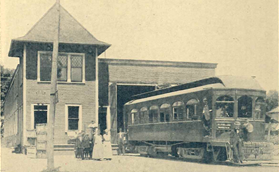 From horse-drawn carriages and railroads to buses, taxis, trucks, and airplanes, people have found many ways to travel around Wayne County.

The first train arrived in Wooster, Ohio in 1852. It was the Wooster branch of the Cleveland, Columbus, and Cincinnati Railroad Company.

The first railroad was built through Creston, Ohio in 1863. At the time of its construction, it was the Atlantic & Great Western Railroad. Then, it became the New York, Pennsylvania & Ohio followed by the Erie. When it was removed in 1980, it was under the ownership of Conrail.

In the Wooster Republican newspaper dated 8 November 1899 on page 4, there was a report of "A Phantom Train," seen by Dr. Wm. Faber, county coroner, and his companion. They saw the train, saw the flames shoot up, heard the cracking of timber and breaking of iron bars. When they hurried to the River Styx bridge to render assistance, everything was perfectly quiet. It is believed the phantom train was that of the ill-fated train No. 5 that jumped the track near the same spot in the spring of 1899, killing the engineer. 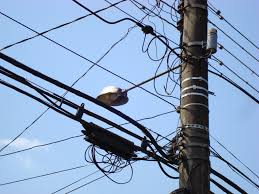 Modern homes with running water, heat, and light are something we take for granted now, but when did Wayne County develop these now-commonplace infrastructures?

On 14 May 1874 civil engineers constructed a reservoir for the safety of the town of Wooster. A natural spring located on Mr. Reddick's property just north of town was dammed. This served until the Apple Creek pumping station was placed in operation in 1907.

On 14 January 1857, the Wooster Gas Light Company was formed. Natural gas was first introduced in Wooster in 1905.

On 5 March 1886, Schuyler Electric Lighting Company of New York City was granted permission to establish electric lights in the city of Wooster. 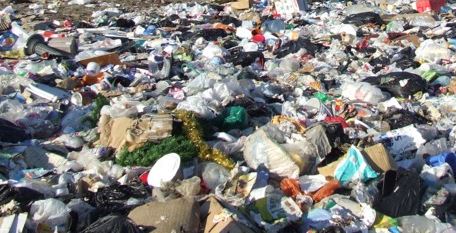 The Administrative and Support and Waste Management and Remediation Services sector comprises establishments performing routine support activities for the day-to-day operations of other organizations. These essential activities are often undertaken in-house by establishments in many sectors of the economy. The establishments in this sector specialize in one or more of these support activities and provide these services to clients in a variety of industries and, in some cases, to households. Activities performed include: office administration, hiring and placing of personnel, document preparation and similar clerical services, solicitation, collection, security and surveillance services, cleaning, and waste disposal services. 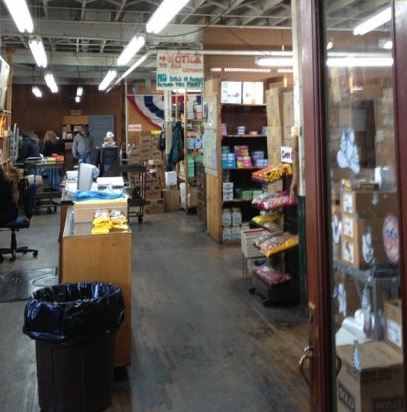 The Wholesale Trade sector includes businesses that engage in the collection, treatment, and disposal of waste materials, whether through city trash pickup, janitorial services and other cleaning companies, septic tank cleaning, and pest extermination. Remediation services includes companies that engage in the "remediation and cleanup of contaminated buildings, mine sites, soil, or groundwater" (NAICS, 2012 ed., page 812).

... that St. Paul Hotel has re-purposed antiques from Schantz Organ Company and Freedlander's?

... that First Baptist Church (Wooster, Ohio) is the oldest Wayne County, Ohio church organized in 1812. ... that the church organ was a "Tractor Action baroque style" added in 1886? ... that the organ had to be pumped by young men of the church? ... that President Harry Truman visited in 1952?

... that Woodard Machine Company was a manufacturer of tools and equipment for shipyards?