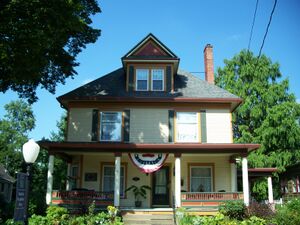 The house located at 428 N. Bever St. is an example of the American Four Square architectural style popular during the mid-1890s to the late-1930s. The house was most likely built in 1907 as noted by an inscription left in the cement in the basement by Horace Williams, son of property owner Olus C. Williams who purchased the lot at public sale in 1907. The home has only had five different owners since it was built and members of the Nesbitt family, who bought the house in 1935, owned it for 62 years before selling it in 1997. 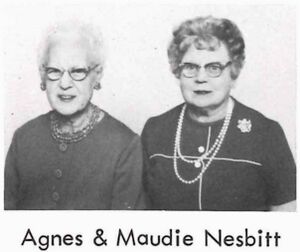 Typical of a Four Square house, this home features a third floor with four dormers protruding from the roof and a large front porch that is original to the home. It was designed in the turn of the century motif style and originally had five bedrooms, one-and-a-half bathrooms, a sun room, dining room, and small kitchen at the back of the house. Over the years the home has been updated but retains its original kitchen cabinets and unpainted wood-work in a simple arts and crafts style. The windows throughout the house still possess their original leaded glass.

The house currently has three bedrooms, two-and-a-half bathrooms, two offices, and a family room on the third floor. 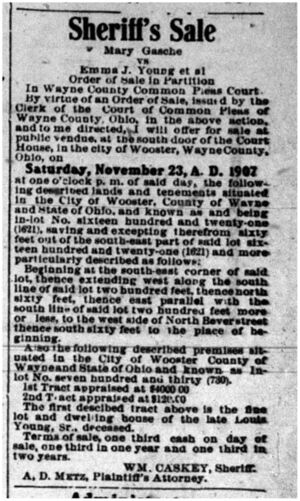