Wayne County in the Civil War

Wayne County, Ohio Men on Board the Sultana

One of the greatest disasters of the Civil War was the explosion of the steamer, Sultana, on the Mississippi river on April 27, 1865. On board that day were 2,200 Union soldiers, many of whom were exchanged prisoners of war who were on their way to their Northern homes after many months of suffering in Southern prisons. There were roughly 400 men that survived the explosion and approximately 1,700 killed. On board at the time of the disaster were 130 men of the 102nd Ohio Volunteer Infantry from Wayne, Holmes, Richland, and Ashland counties; many of whom perished. 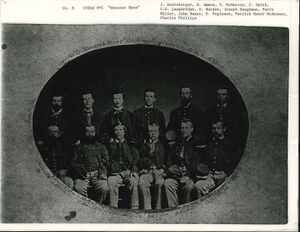