The Red School House, also known as the Wooster Township School No. 3, was built and founded in 1873 off of US 250. It is a brick building that formerly had a coat room in the front, leading into a class room in the back with a stage where the teacher taught. It has large gothic like windows, stemming from the idea that a church like structure would remind the children to be good christians. The school also has a cupola with a bell which signaled the beginning of classes.

The school was started by Mr. Beale and Geo Dulin after their success with the No. 1 School in the Wooster Township, the Taggart School. In 1939 the school had eight grades represented; however, as students graduated the school was closed in preparation for the creation of a new school. After the closing of the Red School House in 1964 the building was used as storage space for Triway High School until the building was gifted to the Wayne County Historical Society(WCHS) [1] for preservation by the Triway Board of Education.

The building was moved to the WCHS the same year, 1964, brick-by-brick. Throughout the two year process of preserving the school, the WCHS was gifted with artifacts not only from this school but also other schools. Although the cost to transport the building was $10,000, through donations from many people the moving of the transporting of the building was a huge success during its opening on December 7th, 1966.

It still remains opened and can be visited at the WCHS on Tuesdays and Fridays between 1-4PM. 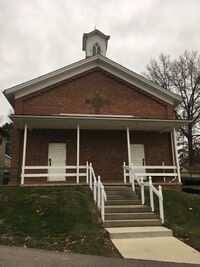 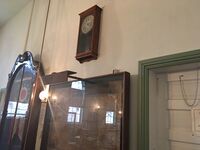 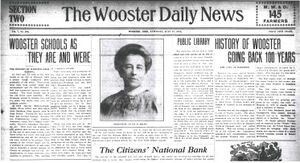 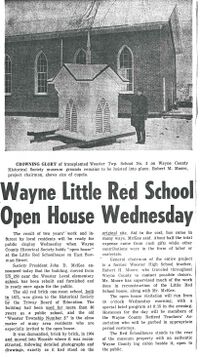